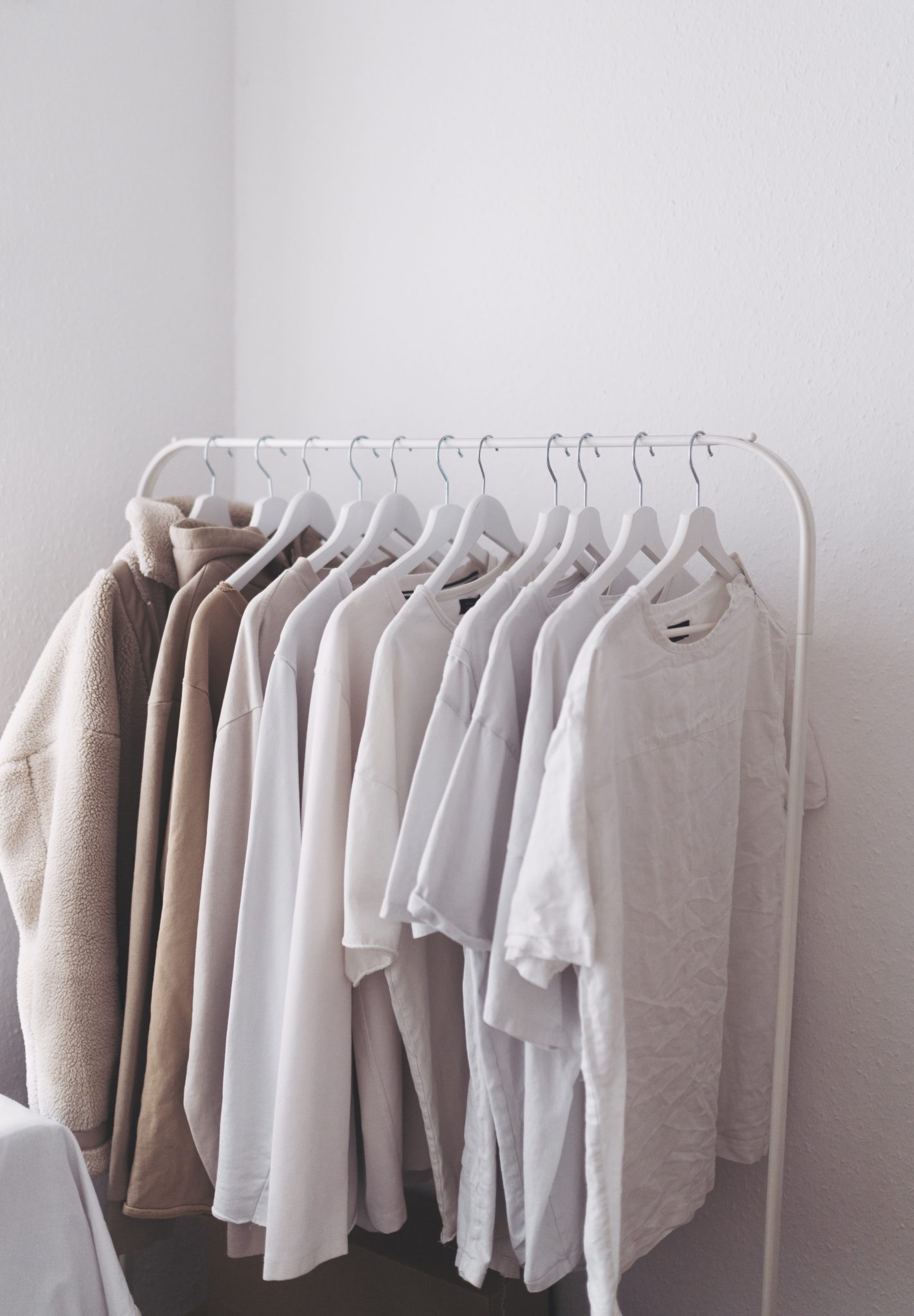 Fashionable women's shoesThis spring, the tapestry pattern is fashionable, the lace on the boots is also unusually good. Rubber boots are still in fashion, but you should look for beautiful ribbons for… 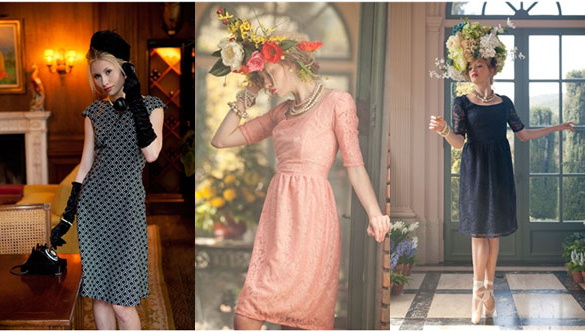 Retro style dressesDresses in retro style are things that are as similar as possible to those that were created no later than 1980. They can be combined: in this case, modern materials…

New Look style (new bow) in clothesNew Look (New bow) - the most feminine trend in the history of fashion in the 50s of the twentieth century. This style gained wide world fame thanks to the…

3 unusual combinations of simple thingsToday, many women choose to wear casual clothes because the basics are comfortable, timeless and applicable to any situation. But won't you look boring in simple things? Now we will…

Mom will be happy 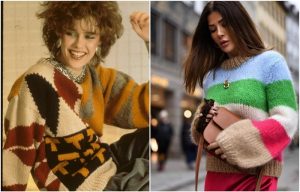 We never get tired of repeating that fashion is cyclical, and what was relevant many years ago can return to the fashion Olympus. Another confirmation of this is the clothes listed in the Novate.ru article. We tell you how you can safely get things from the times of the USSR from your mother’s or grandmother’s closet, and become an icon of style in them.

In 1959, the film Peers, directed by Vasily Ordynsky, was released on the big screens. The main character of the painting, Kira, performed by Margarita Kosheleva, celebrated the New Year in a puffy taffeta dress with a neckline, decorated with a wide turn-down collar. This outfit played an important role in the fact that in the 60-80s of the last century, such collars became incredibly relevant.

They returned to modern fashion thanks to the 2016 TV series The Crown. Designers began to use the trend as an excellent opportunity to soften the image, make it more fragile, romantic and feminine. Gucci, Chanel, Miu Miu, Prada and Erdem presented clothes with turn-down collars in their collections, opposing them to masculinity and making them a kind of alternative to unisex fashion.

This detail, especially with pointed ends, visually lengthens the neck, elongates the silhouette, and therefore is ideal for silhouette correction. However, it is very important not to step over the fine line and not go too far with the ratio of proportions and sizes, otherwise there is a risk of achieving an absolutely opposite effect – the neck will disappear, and the figure will become squat.

Multi-colored sweaters in bright colors were not uncommon in Soviet times. Usually women themselves knitted them from loose old clothes or the remaining skeins of thread. Remember, you probably wore something similar as a child. In 2022, this item is not only a great investment in your winter wardrobe, but also a great way to add bright colors to your outfit and create your own individual style.
3. Galoshes
One of the most controversial footwear options are galoshes. Fans of the Harry Potter films will surely remember how Mr. Weasley, who studies Muggles, asked Harry why this strange thing was needed at all. In the Soviet Union, galoshes were adored for their practicality. Given the lack of normal roads and constant mud, these shoes were a real salvation for both men and women. Now it is considered as a fashionable detail of the image. Bloggers, influencers, models at designer shows proudly show off galoshes to the public. The most striking example is the copy of Bottega Veneta. The brand positions this model as a great opportunity to look bright, stylish and modern, even if it’s raining outside.
4. Kerchief

Remember how we used to associate this accessory exclusively with the image of a grandmother at the entrance? But kerchiefs were adored by such famous fashionistas as Audrey Hepburn and Grace Kelly, and they did not look at all old and unattractive in them. As for Soviet women, they wore headscarves all year round. And this was not a tribute to fashion, but to comfort and practicality, because scarves protected from the scorching sun, cold and wind, and looked much better than earflaps.

Today, the accessory is popular all over the world. Moreover, it is added to your wardrobe not only by women, but also by men. The latter were inspired by the images of rapper Asap Rocky, who often complements his images with a bright scarf. Scarves are traditionally worn with the ends tied in front, as a bandana, turban, headband or hair band. And some even use them as a belt or simply tie a bow on one of the trousers’ belt loops. The kerchief harmoniously fits into any image, starting with a sportswear and ending with a business outfit. The most popular are puffed items, products made of silk, satin, lace, organza and wool.
5. Print dresses

One of the cheapest materials in the USSR was chintz, so it is not surprising that dresses made from this fabric were particularly relevant and popular. In the early 30s, factories produced materials with sickles, hammers and stars, and in the second half of the century, floral print became the main trend.

The modern fashion world is also partial to light and delicate chintz. In summer, only lazy girls did not wear feminine dresses, because they looked very cute, gentle and romantic. The outfits sunk into the soul of fashionistas so much that they decided to adapt them for the winter. Now dresses are worn over high-neck cashmere turtlenecks, hoodies, woolen cardigans or cozy knitted sweaters are thrown over them. Shoes are also diverse – some beauties prefer high over the knee boots, while others play on contrasts and wear rough ones. 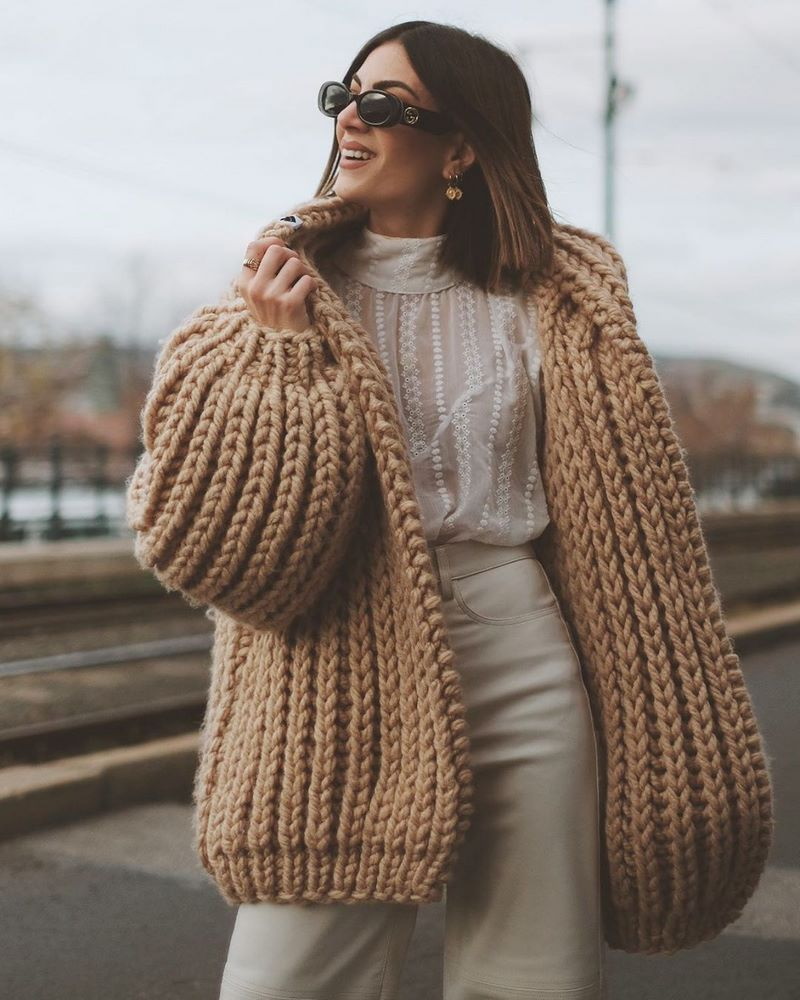 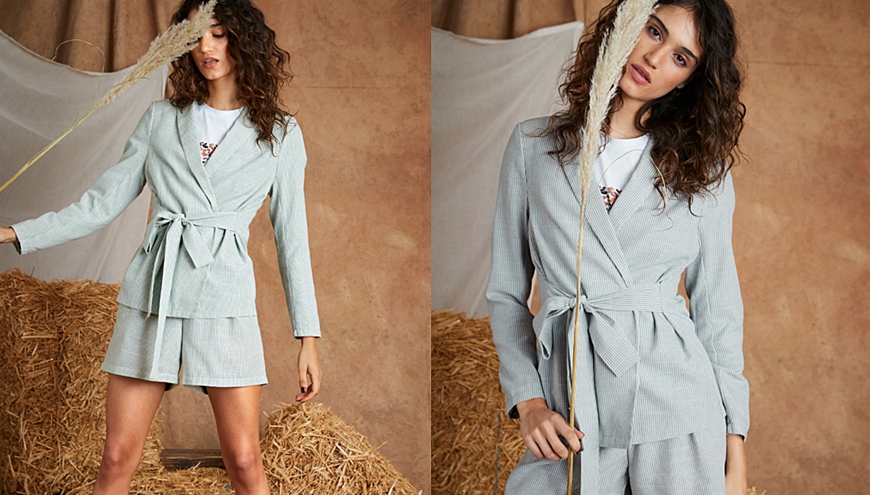 White clothesWhite color is associated with tenderness, purity, solemnity. It is the initial color of the sheet on which the drawing appears. It doesn't matter if it's canvas or fabric. In…

Rules for combining retro things with ordinary onesIn 2021, vintage has become more popular than ever. The demand for it has arisen due to the growth of conscious consumption and the desire to stand out through exclusive…